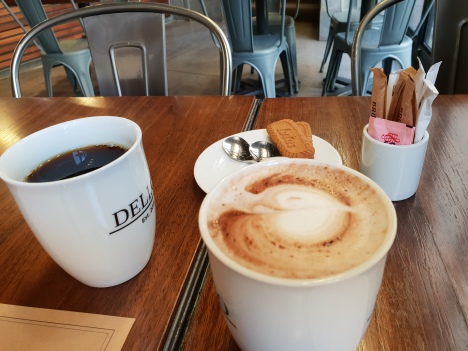 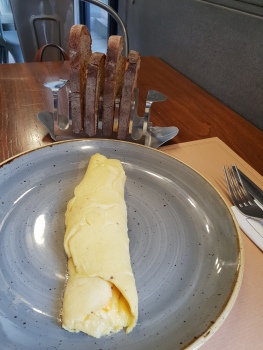 Based on my positive experiences with the food offered by the Hadid restaurants, as well as the delicious Classic Chicken Club sandwich at DELI.CO itself, we decided to try it out for brunch. We started out with hot drinks; the hot chocolate was fine, nothing memorable. Then, I had the omelette with cheese, which was average in terms of texture and flavor (it was kind of bland). I stuffed part of it inside the plain croissant I had also ordered. The croissant itself was okay as well, although there were parts of it that were unpleasantly cold. The Eggs Benedict looked appetizing, but the sauce seemed to be coming apart. We ended the meal with waffles and maple syrup. The waffles were light and crispy—I enjoyed eating them. However, I preferred them without the maple syrup that was provided because it felt like it was somehow diluted. Honestly, I had expected more and my taste buds left feeling a little disappointed. 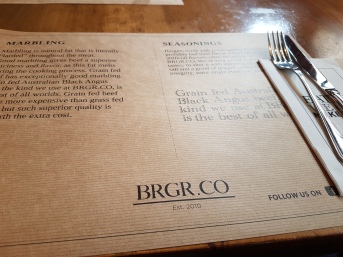 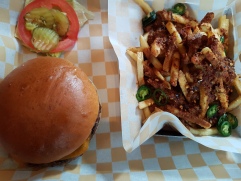 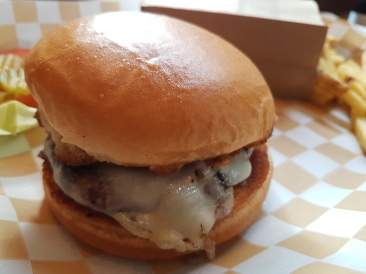 I appreciate how the star of the burger at BRGR.CO is the meat itself; condiments on the side, please. I like my beef medium, but at the moment well done it is, to make sure the tiny human growing inside me is safe. However, ordering the beef cooked well did not render the meat neither chewy nor dry. I was pleased with the result; well, as pleased as one could be given the circumstances. I added a slice of melted cheese because I am a cheeseburger type of person. I also tasted the chicken burger, which I found a bit dry. As for the fries, they come in a cute paper bag and are crispy and tasty. For my toddler, I ordered the Fish & Chips. The fish tasted great and the batter was golden and crunchy. I missed out on the lobster roll (which I love) this time, but will make sure to have it next time (as well as try their hot dogs). 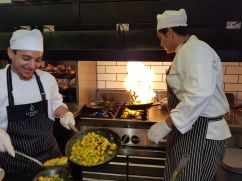 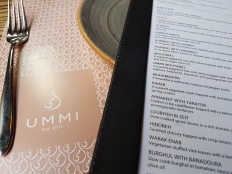 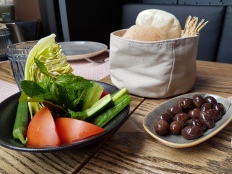 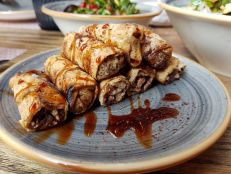 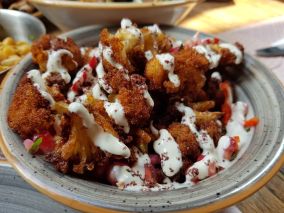 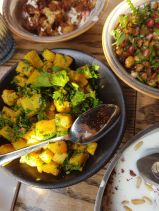 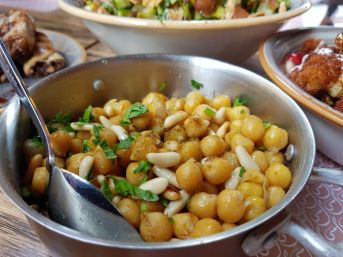 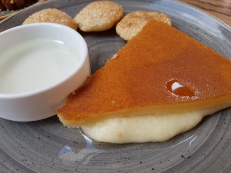 Ummi is the newest addition to the Chef Hussein Hadid street of restaurants. This time the focus is on Lebanese cuisine. Ummi has a lovely interior with a copper color dominating the ceiling and walls. However, the ambiance is a tad too noisy, and we had the scorching sun rays in our eyes for the duration of the meal where we were seated. The eatery has an open kitchen, which I love. I visited the hard-working chefs for a couple of minutes, and they seemed happy and passionate; this added to my enjoyment of the live cooking experience. What was refreshing at Ummi was that all the staff was friendly and welcoming. We ordered several mezze dishes, the mixed grills platter, and half a roasted chicken. I was disappointed that a couple of items on the menu were unavailable, namely the kibbe neye and the akkawi & kashkaval oven baked toasties. It was a while before our food started arriving to our table, but when it did, it was presented well and tasted good for the most part. Although the fattoush and batenjen salads were fresh and tasty, my personal preference would be to have bigger chunks of the ingredients in both. The hummus with lahmeh was nice and creamy. Two plates that were very flavorful were the arnabeet with tarator and mousakhan oven baked toasties. The mousakhan had that extra tang from the sumac and drizzled syrup on top, which was great. As for the balila, the chickpeas were cooked to perfection. Also, I loved the coriander that was generously mixed with the cubes of potato in the batata bi kizbara. The kafta fatteh was good as well, and the roasted chicken was tender. Then, the mixed grills platter arrived; the kafta, chicken, and meat were all succulent. I really have to mention that the accompanying garlic paste was amazing. When it was time for dessert, I asked the waiter to provide me with the menu because I had my eye on the atayef and umm ali (yes, I check the dessert section at the beginning of my meal). Yet, he told me that the only three currently available desserts were karabij, bohsaliyye, and knefe. No atayef and umm ali for me, and there was a discrepancy between the menu dessert offerings and the ones we were told verbally. Anyway, we had the knefe and bohsaliyye. Honestly, they were mediocre in taste and my sweet tooth had to be satisfied elsewhere.